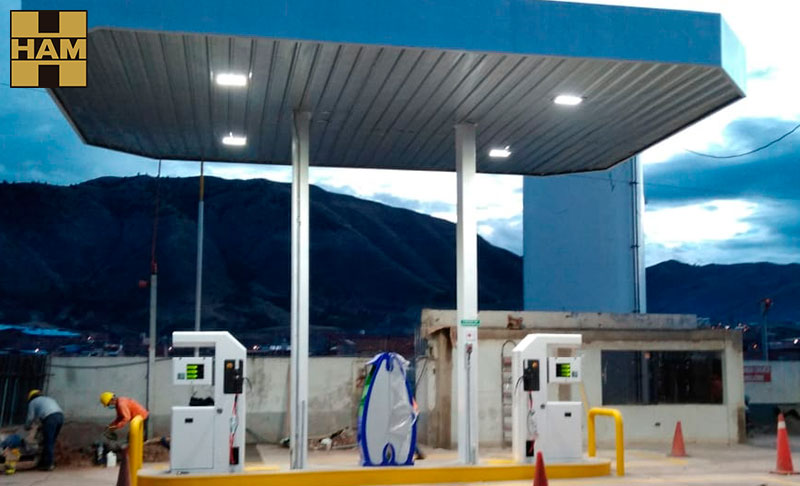 HAM builds together with LIMAGAS Movilidad, a investee Company by Lipigas and HAM Group, the first CNG service stations in the Cuzco region and the first LNG gas stations in Peru.

The first CNG station that has been put into operation, inaugurated on December 29, is the Biocom compressed natural gas station, located on Avenida la Cultura s / n km 6, in the district of San Jerónimo (GPS: -13.544790, -71.894034). This is one of the main avenues of the city of Cuzco, extending from west to east between the districts of Cuzco, Wnachaq, San Sebastián and San Jerónimo, with an extension of almost 13 kilometers, which makes it the longest avenue in the city, with significant vehicle traffic.

The service station offers its customers an 80m3 LNG tank, with a CNG pump and 2 double dispensers that allow refueling compressed natural gas. In addition, the first gas station in Cuzco is ready to expand with a liquefied natural gas supplier.

The Cuzco gas station is the first of the three projected vehicular natural gas stations, to which a second station in Cuzco and another in Quillabamba will be added throughout 2021.

During the inauguration, the authorities of the Regional Government of Cuzco declared that "with this vehicular natural gas station the energy matrix will be promoted and changed, and it will also serve to lower fuel costs." For its part, the Camisea Consortium, in charge of the most important energy project in Peru, highlighted the benefit for the inhabitants of Cuzco, "bringing them a much more economical and environmentally friendly energy."

With these new projects, HAM Group continues to help promote the use of CNG-LNG in South America, where our subsidiary HAM Chile was chosen, by Empresas Lipigas, for the design, construction and commissioning of the first liquefied natural gas station in Chile.

We currently make available to all our clients a network of service stations made up of 75 LNG and / or CNG Gas Stations, of which 30 are in Spain, 16 in Italy, 9 in Belgium, 12 in Holland and 8 in France, all located at strategic points for road transport.